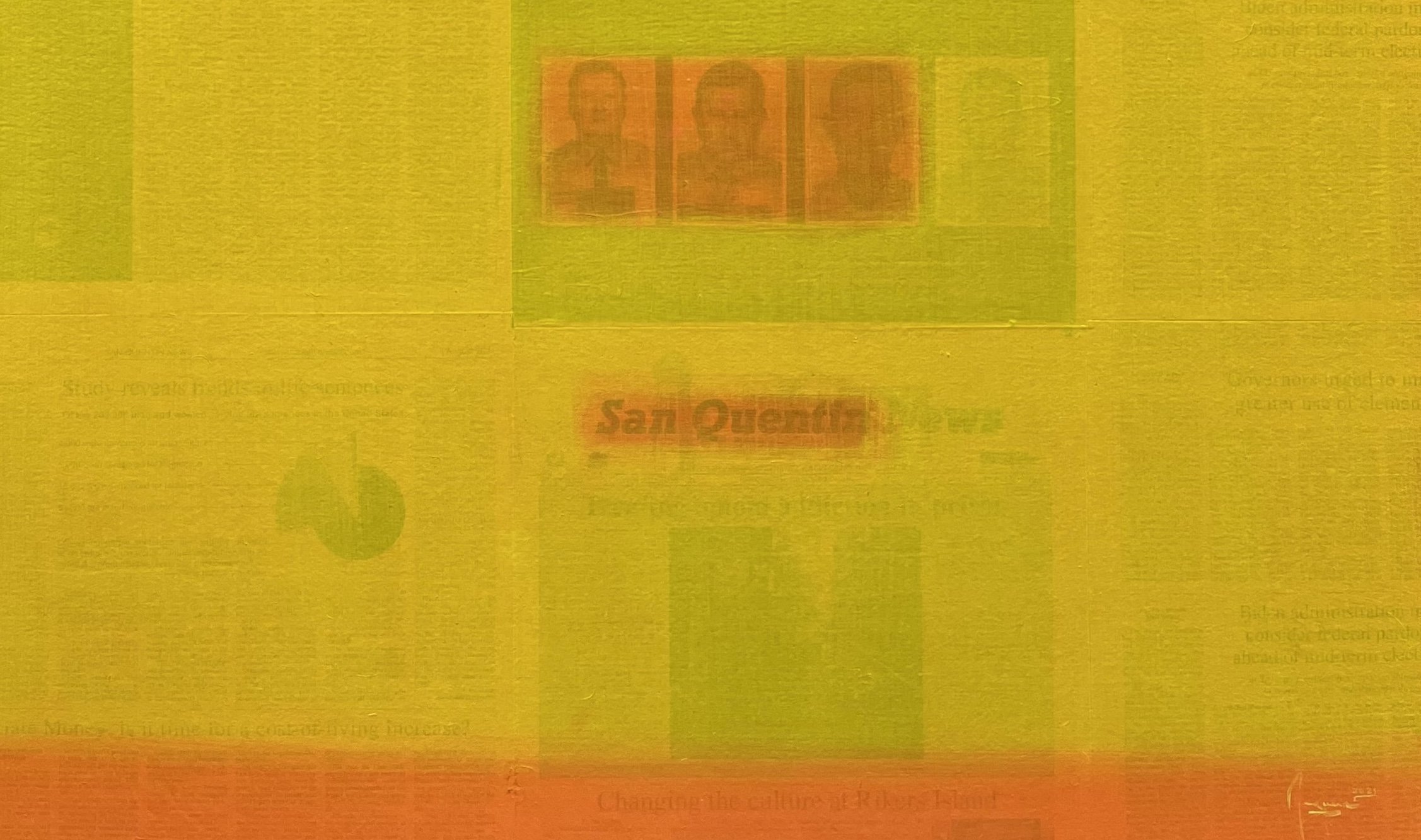 Posted at 22:32h in Past Exhibitions by Madison Sumner
0 Likes

William A. Noguera, artist, author, speaker, activist and co-host of Death Row Diaries True-crime Podcast and has served on Death Row at San Quentin Prison for more than three decades. His artmaking is a redemptive process, dually serving as both a life-saving practice for himself and others chained by a discriminatory system, and his resistance of the notion that he become personally defined by his surroundings. His art represents a symbolic act to dismantle barriers and administer an antidote to fear-based existence, and serves as the foundation for his poignant, idiomatic experience of life behind bars as an artist.

Empty Spaces is focused on two new series: When Mountains Crumble to the Sea and Till Memory Leaves Another Trace: The Death of George Jackson. The first series expands upon Noguera’s destruction of the concrete walls and stone of San Quentin, using chemical solvents that result in erosion of the materials and analogous bloodshed in the center of the works. This ruination has become as essential to Noguera’s artistic practice as his most basic needs and serves as a metaphorical rejection and revolt of prison’s ultimate dismantling of the individual, both physical and mental.

The second series brings perspective to the Civil Rights movement, which Noguera believes is still underway, but began within quiet places free of camera or media, and with unsung activists like famed prisoner and best-selling author George Jackson, who began his political and social activism inside his cell in 1961 after receiving an unjust sentencing for armed robbery. Acknowledging lost lives and hidden truths, the works in this series question existing narratives around the death of Jackson—who was known to some as an important activist and to others as a “cop killer”—and allow the viewer to form their own conclusions about his martyred death. Meant to bring about tension, the works highlight questions and viewpoints that have loomed large throughout history and Jackson’s living memory.

In addition, new works from the artist’s Branded and Take No Prisoner series will also be on view, and highlight the dehumanization of people who are convicted of crimes, enabling the commodification of prisoners: they become a use, a value, and an asset for those on the outside to exploit.