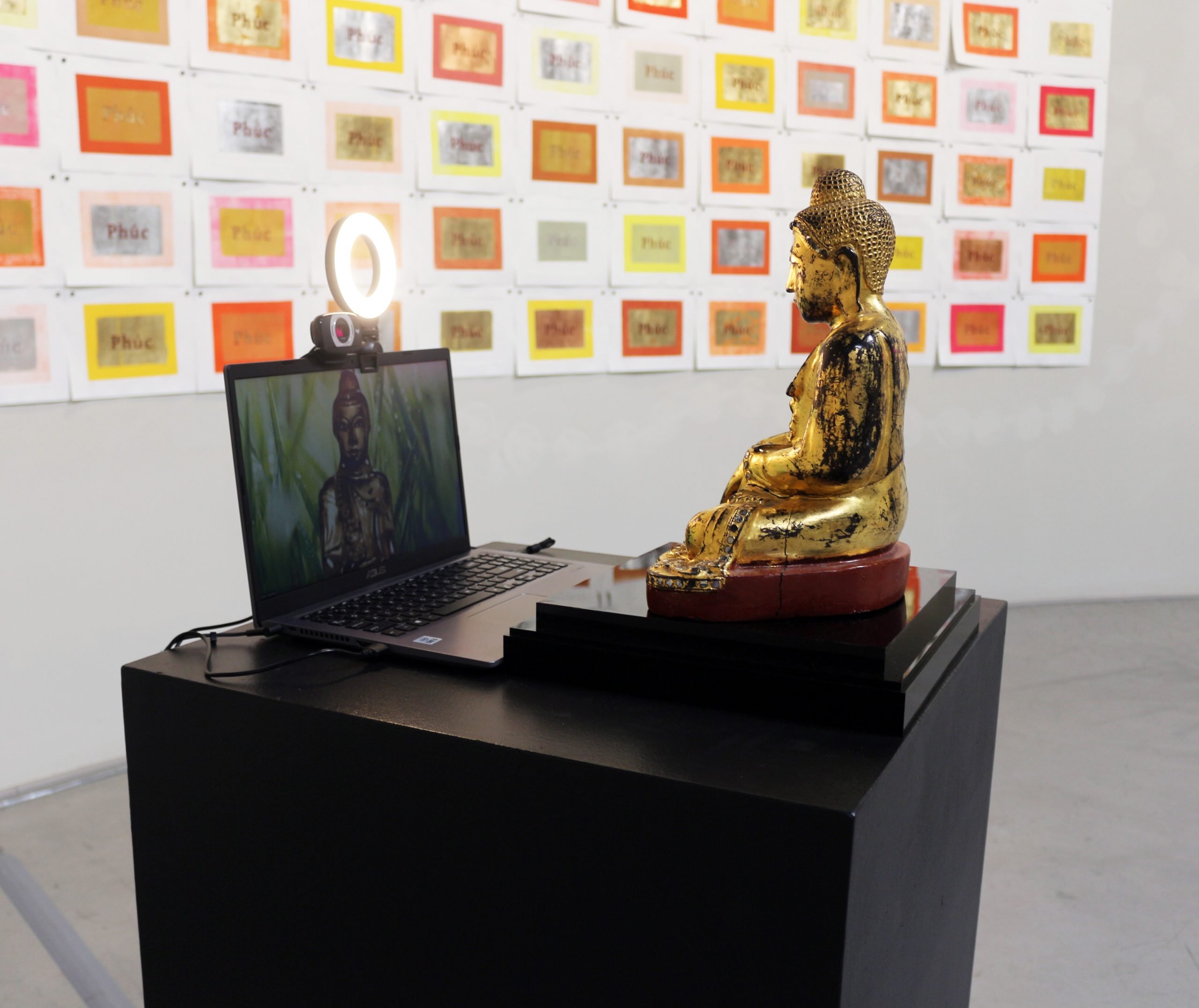 This piece channels the timeless work of video installation artist Nam June Paik. Communication technology has rapidly evolved since the creation of his legendary 1974 installation TV Buddha, yet the questions of self, humanity and media is relevant as ever. Zoom Buddha honors his legacy and reimagines his work in the present-day context: the state of the pandemic, social media networking,  streaming entertainment and virtual communication.

Background on Nam June Paik (1932 – 2006): A pioneer and founder of video installation art,  Korean artist Nam June Paik used video as a platform to observe the evolving relationship between technology with humanity. The Buddha, a symbol for contemplation and enlightenment, placed directly opposite a camera and television, icons of technology in the modern age. A lifelong practicing Buddhist, Nam June Paik creates art to question the role of self within an age that intersects spirituality with technology. Each work in the series is comprised of a Buddha statue sitting opposed a camera and TV. The Buddha gazes at his own image on the TV screen, as the camera gazes back, in an everlasting staring contest that raises questions of self and humanity. Are we, society, defined by media? Has spirituality been negatively complicated by technology, or has it helped us become globally connected?

“ This installation highlights the difference between East vs. West and pits modern or futuristic elements vs. historical. It also encompasses other themes such as the hold of screens on society and displaying issues such as religion and history on screens. Paik succeeded in juxtaposing modernization and emerging technologies with religious and historical themes in his society and encoded these messages in the form of images into the installation.

The installation conveys the vanity of modern times with the Buddha contemplating and absorbed in his own image like society’s self-absorption, which is driven by the media and technology. Another message that the installation conveys is that of surveillance. With the Buddha watching himself and the audience viewing the art installation, Paik shows the constant surveillance fueled by technology and the media. Therefore, he succeeded in using art as a code to convey specific messages to audiences. ”