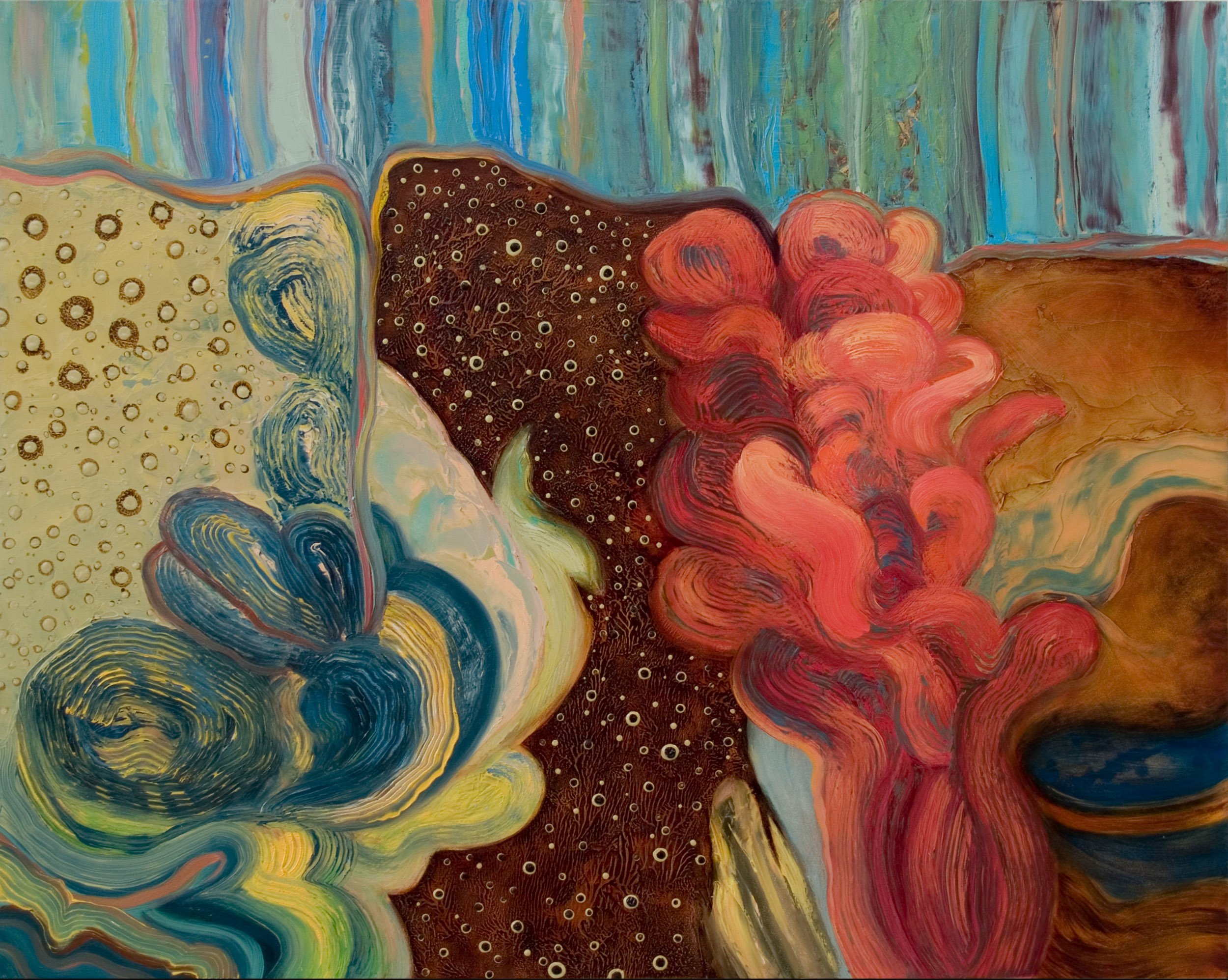 From Susan Brenner’s After Migration series.

The digital prints and paintings in these two series are inspired by the idea of migration, broadly defined as dispersion. What interests me here is the mixing and mingling of substances as they travel from one area to another, taking up space in territories already inhabited by others. This kind of movement seems aptly metaphorical for much that is happening in our world on every level – from the micro to the macro – as all sorts of populations, life forms, materials, and phenomena move, come in contact with each other, and intermix in the process. The results can be simultaneously familiar and unpredictable, colorfully beautiful and yet unsettling.

I began this work with a desire to merge the languages of painting and photography, as both have long been important parts of my artistic practice. Working digitally with the kind of photographic imagery that was the basis for my Dissections paintings, I collaged and layered my digital photographs and then manipulated them in a painterly way, creating hybrid images that bear little resemblance to their point of departure.

I produced the Migrations series as digital C-prints, face-mounted onto plexiglass, thereby giving them a highly glossy, almost liquid appearance. The After Migrations paintings, which evolved naturally from the digital work, have a very different tactile quality and character than the face-mounted C-prints. Although the process for developing imagery for the two series is essentially identical, interpreting the imagery by manipulating paint changes its character. The paintings are “after” in temporal, physical, and metaphorical senses.