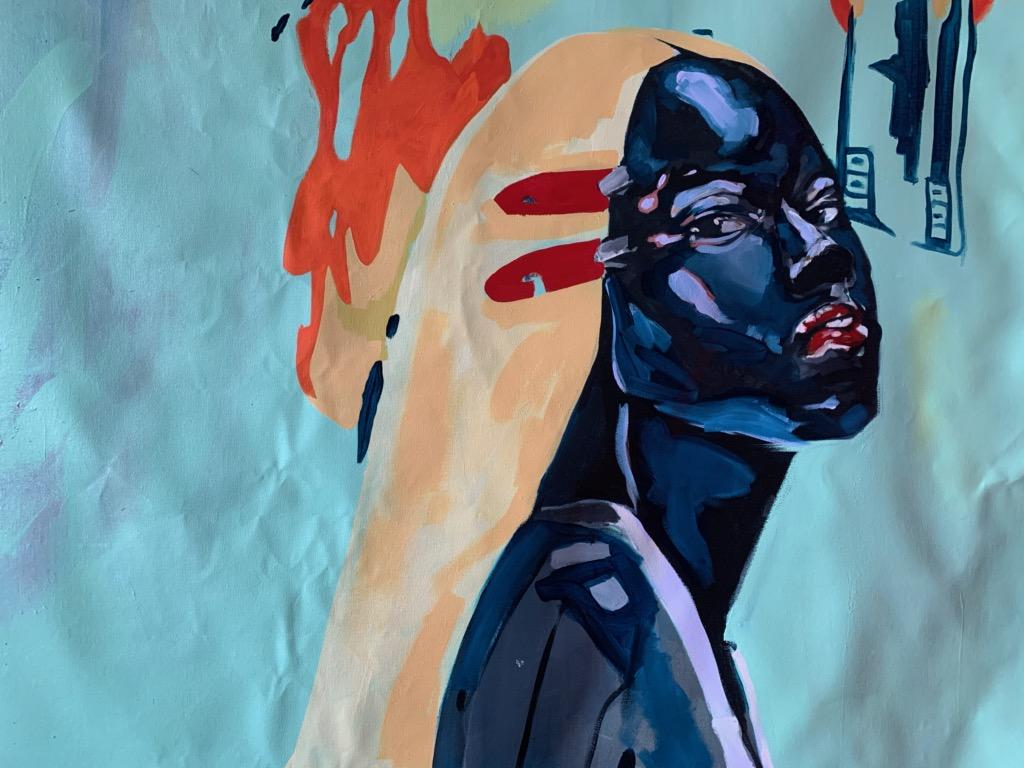 Posted at 14:16h in Upcoming Exhibitions by Elder Gallery of Contemporary Art
0 Likes

American plantations did not simply die and become ghosts of the south on January 13, 1865. The plantation has disguised itself under the hood of American capitalism, and the cruelty of plantation culture has served as capitalism’s NOS-filled engine firmly rooting itself into the DNA of America.

On the plantation, capitalism grew into a unique economy where white is right and the dollar rules everything around me. A powerful system that was created to support institutional racism that exploits those who conform to whiteness and punishes those who do not. No institution has been spared.

In the art world, the heartless capitalistic message is transmitted by unspoken musts, where success is celebrated in hushed spaces of refinement – by educational pedigree – with high society endorsements. To be included is rare. To be accepted can mean conformity.

This is a show about emancipation from the capitalistic values that deliver a message of exclusion. This show marks the revolution of the artist. We are working our way #offtheplantation.

Join us for the second installment of this two-part exhibition led and curated by six visionary Charlotte-based artists who buck the system and challenge art world norms:

More about the artists:

These are makers whose art is formed beyond the boundaries of the mainstream art world. Some with formal training, some self-trained, all have created outside of the art establishment as defined for decades.

Their art has a universal appeal. Not only does the work transcend genres, it also serves as a powerful mirror of the artist’s state of mind and of the time in which we are living. It is emotional, personal, and wholly reflective of its maker. These artists forge forward without looking to traditions of high culture for inspiration but instead challenging established cultural values.