I find that the curve of my vision is often something I want to convey and not just the “crushed” space that one is familiar with from telephoto lens photography. So the dynamic of perspective and foreshortening the figures plays some part in the way I construct the paintings, also the geometry of the reserve — what’s behind and around — and how it interacts with the verticals of the figures is an issue. I move the elements around a lot before things settle into place. 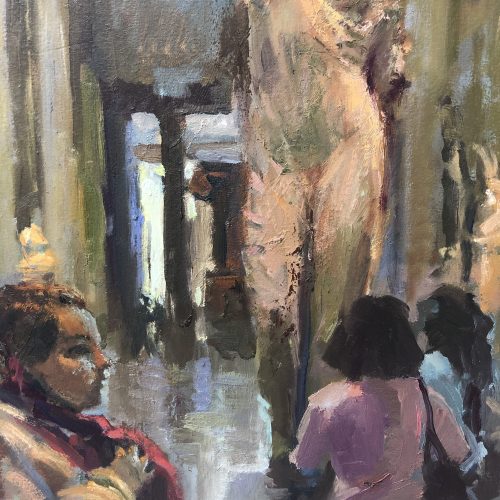 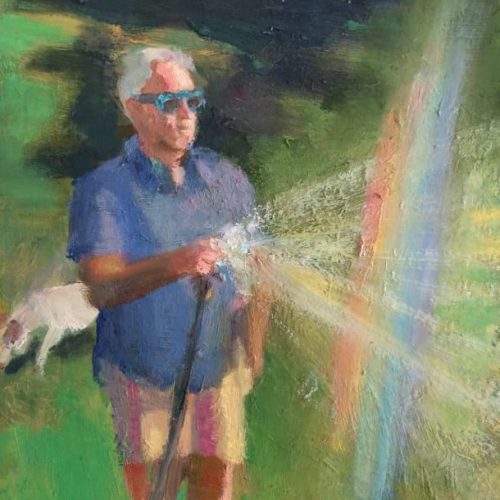 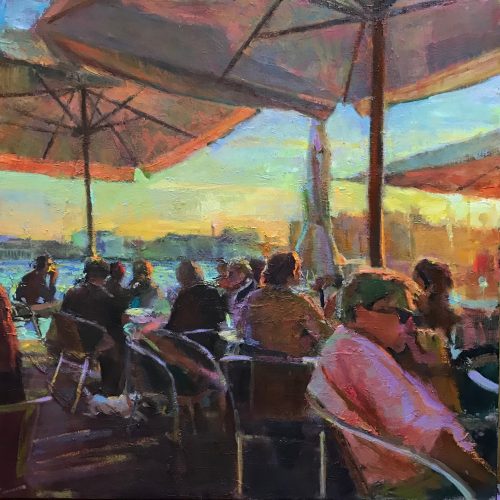 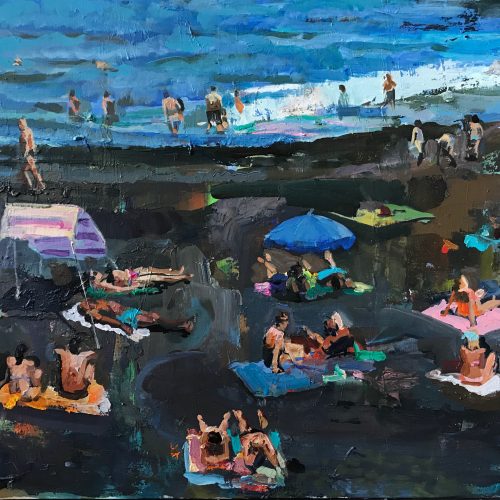 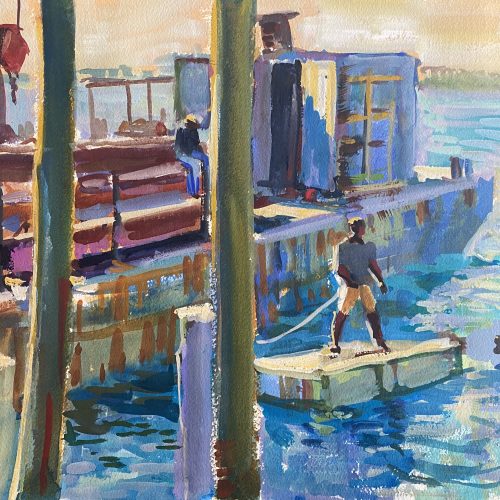 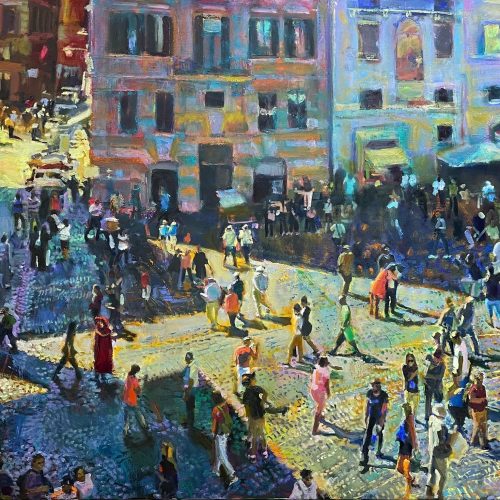 Centurion in a Crowd 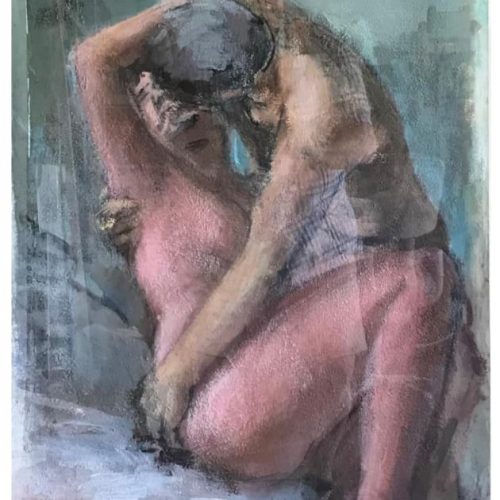 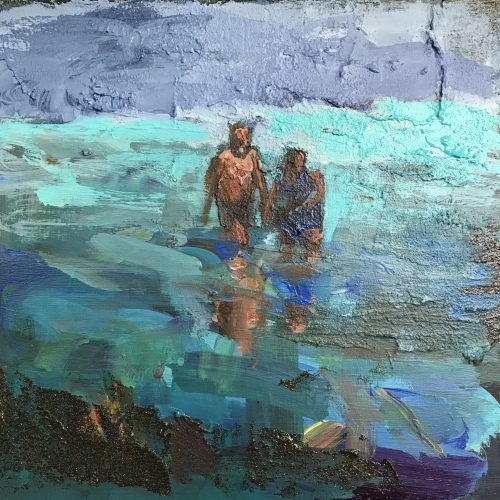 Couple in the Surf 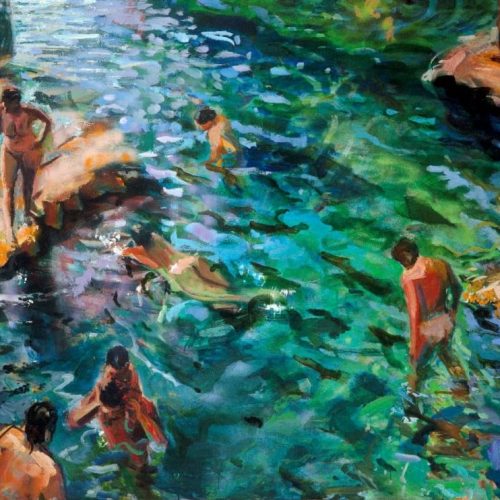 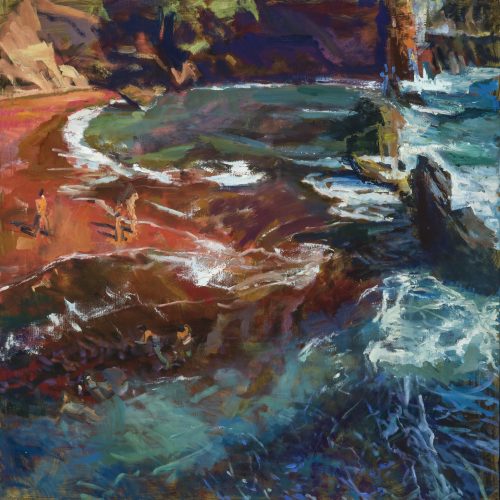 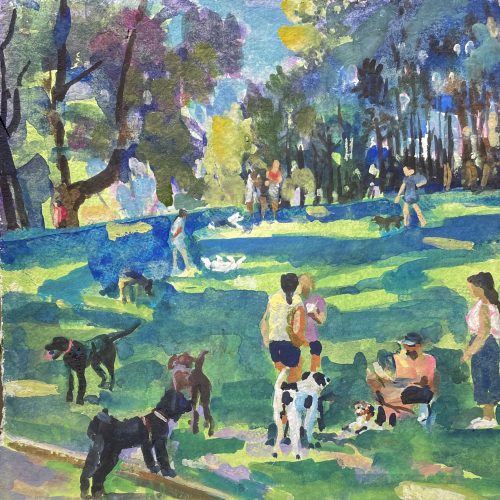 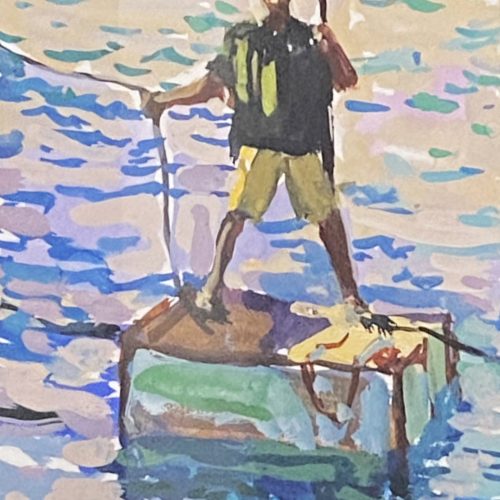 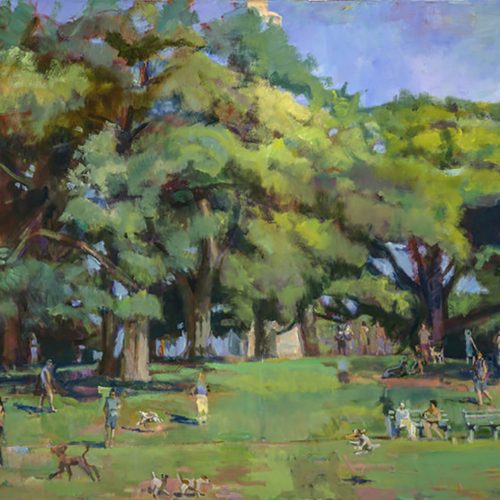 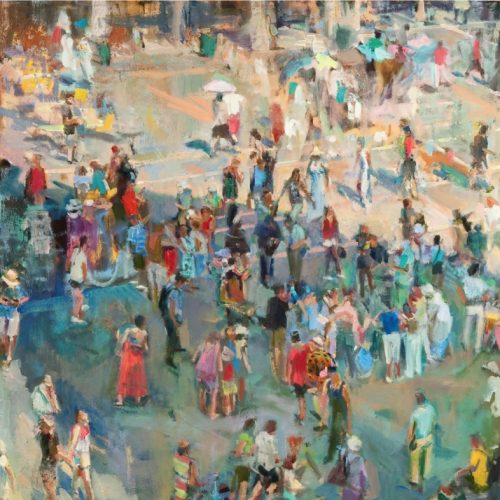 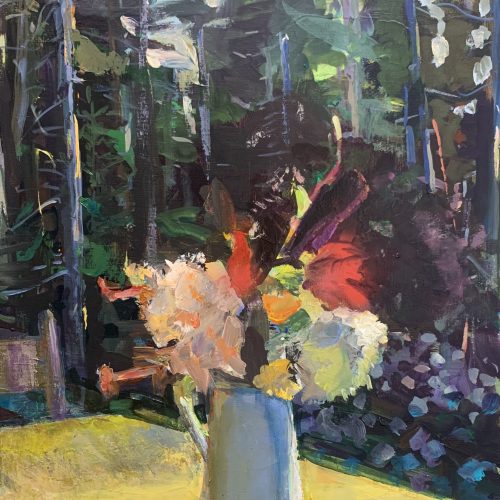 Hot Day in the Shade 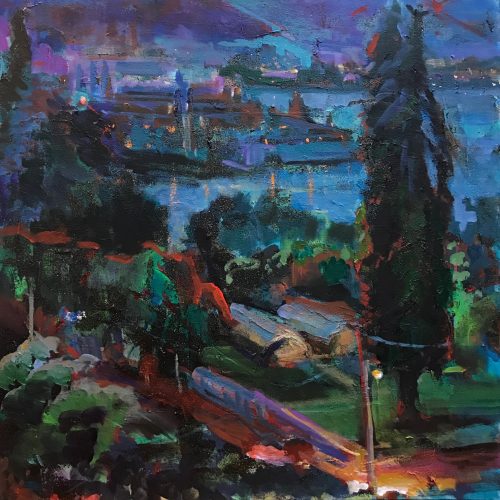 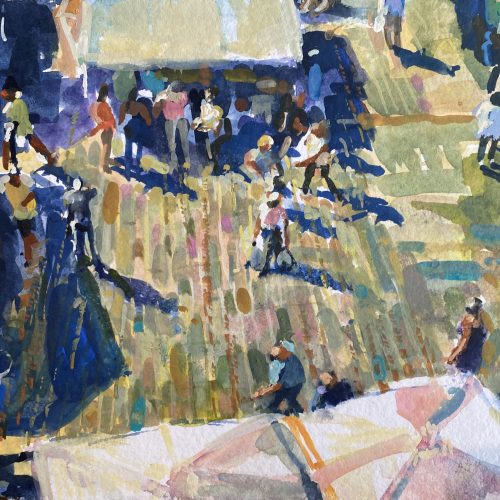 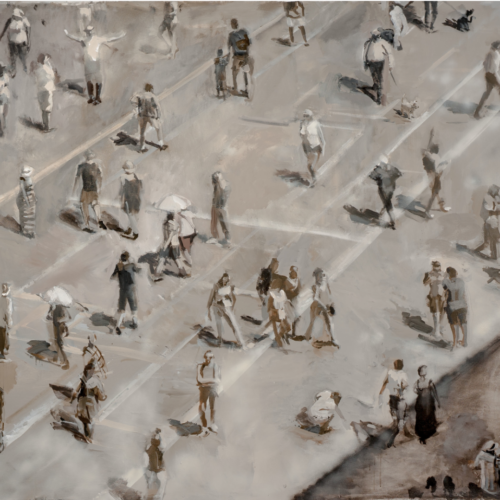 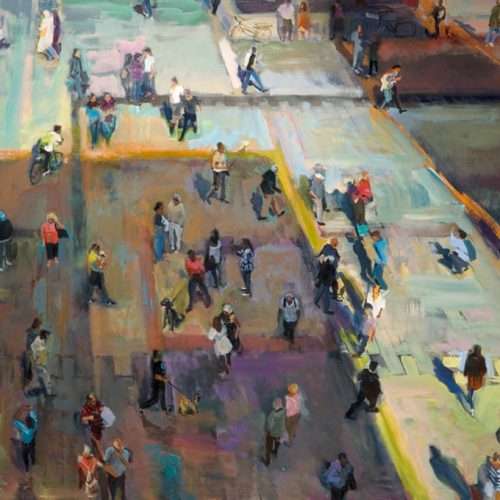 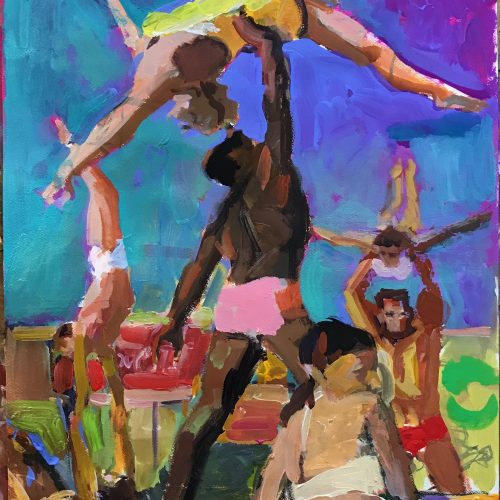 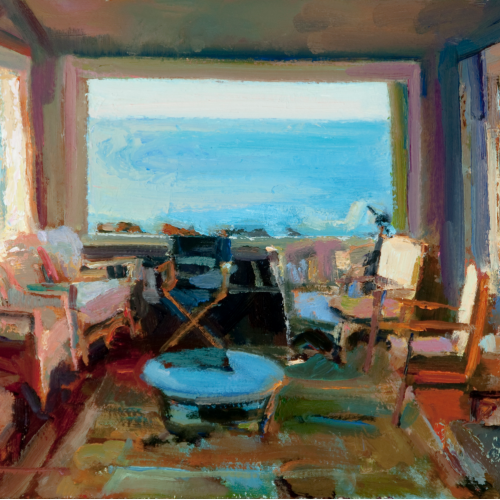 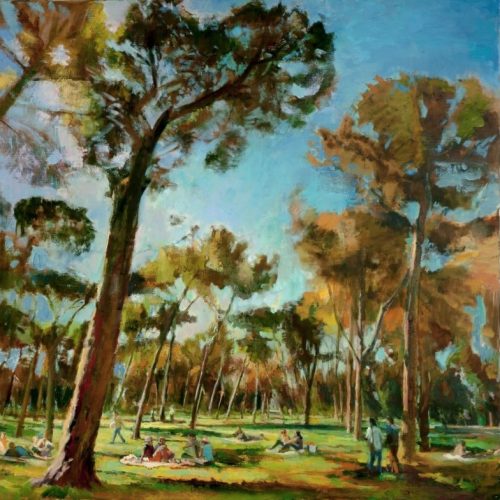 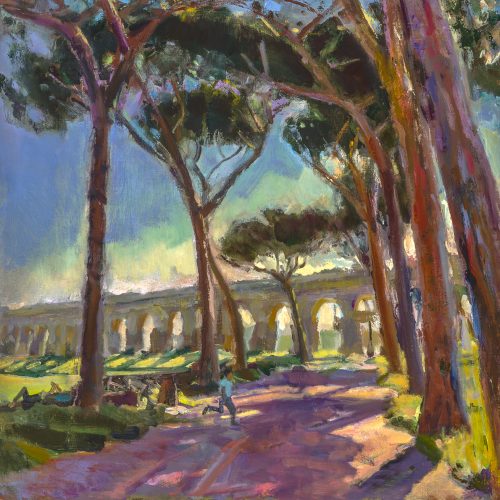 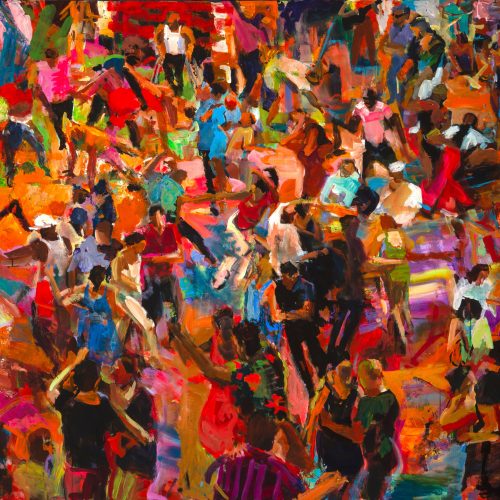 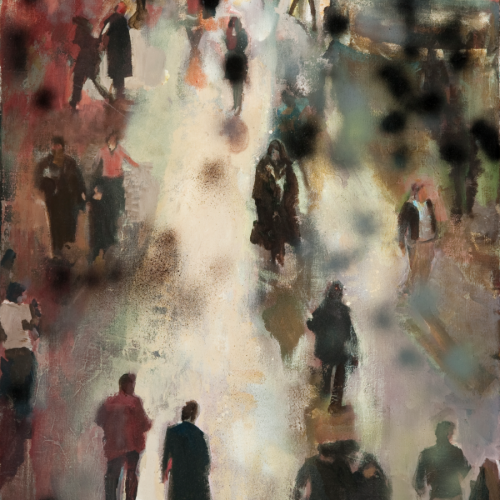 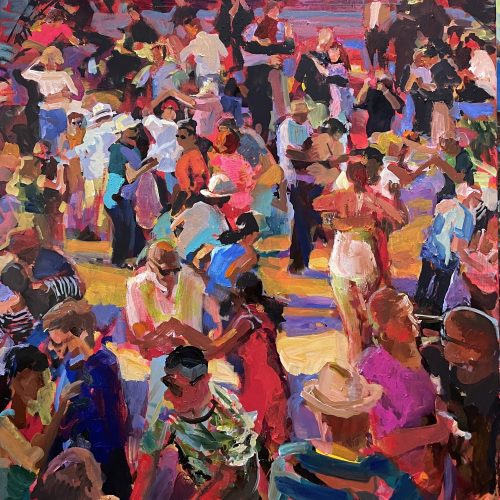 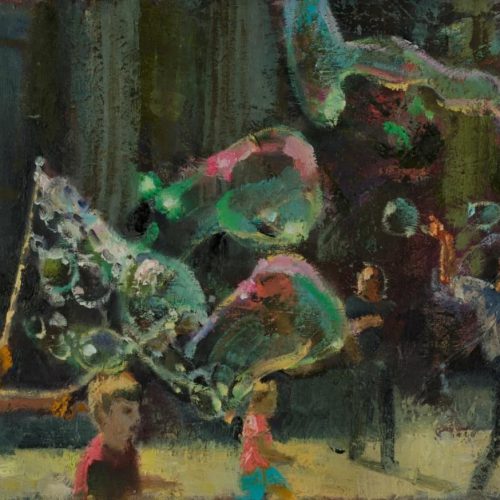 Grant Drumheller looks back on his days at Boston University and the challenge of learning to draw and paint as “both delightful and painful.”  Grant was pushed to make paintings from his subconscious, and to “jump off the cliff” in his work.  That sense of being fully engaged remains an ideal in Grant’s work, to be completely absorbed by the painting, and to have the painting direct him.  An influential teacher taught Grant to model form with warm and cool, to work from the inside out, and to use a kind of incisive and probing drawing.   Grant learned he could have “a painting experience” in class – a moment of knowing and forgetting.  More interested in light and gesture than in narrative, Grant takes a democratic approach to his figures, constructing them from matrices of small touches and generalizations set in light-infused compositions.

Grant studied under Philip Guston, James Weeks and Reed Kay at Boston University, where we received both his Bachelor and Masters of Fine Arts degrees.  He has been awarded a Fulbright-Hays Grant in Painting to Italy, and has received a Blanche Colman Award, a National Endowment for the Arts fellowship, and a grant from the Pollock-Krasner Foundation.  His work has been shown in galleries in Italy, Boston and New York, as well as in his home state of New Hampshire, where he works in his studio and teaches courses at the University of New Hampshire.