In my work I straddle the divide between abstraction and representational painting, looking for a perfect balance between the two. I use photographs that I’ve taken out on location as my source material, and with each painting I’m trying to recapture the reflective moments found in nature. 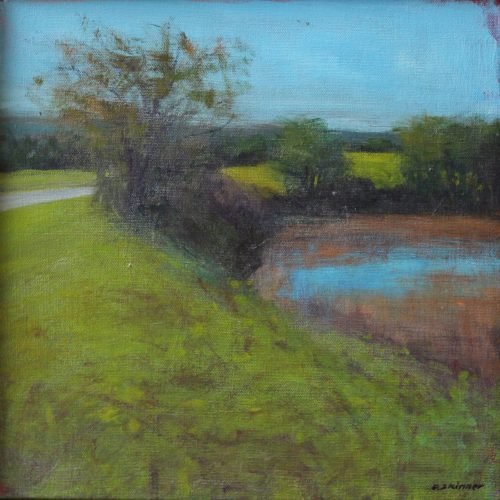 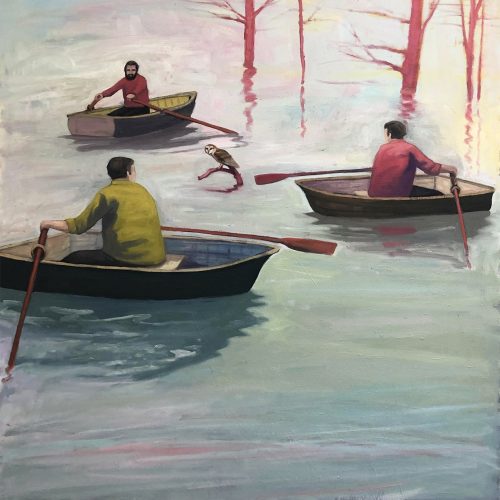 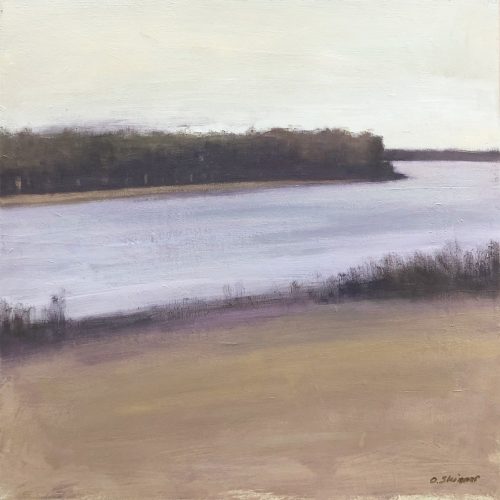 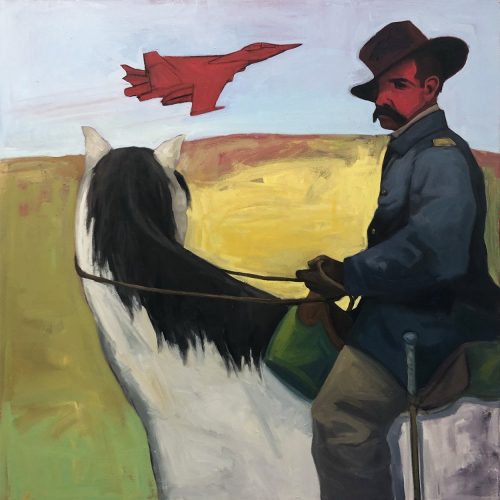 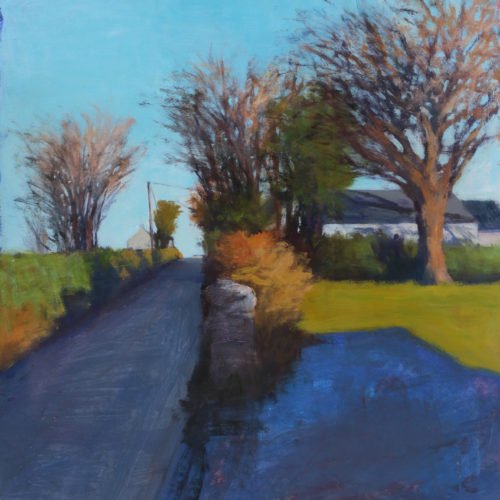 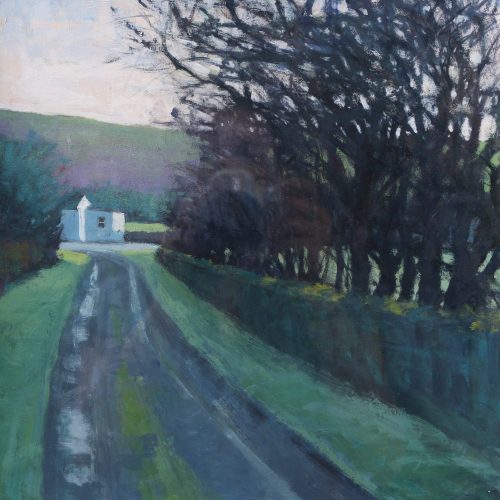 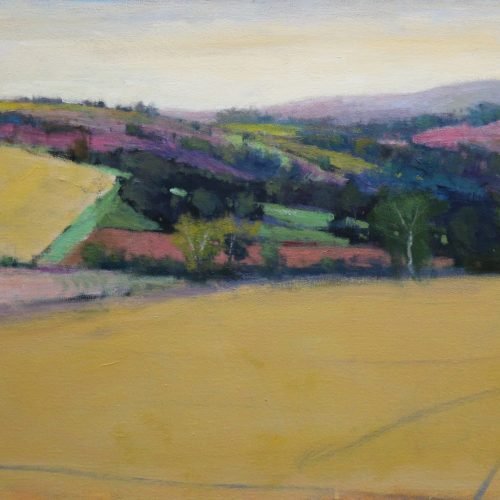 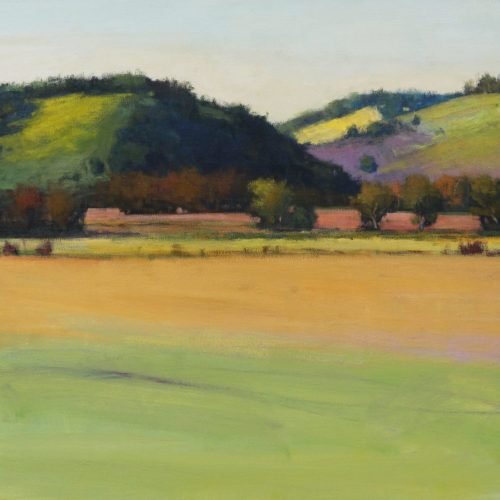 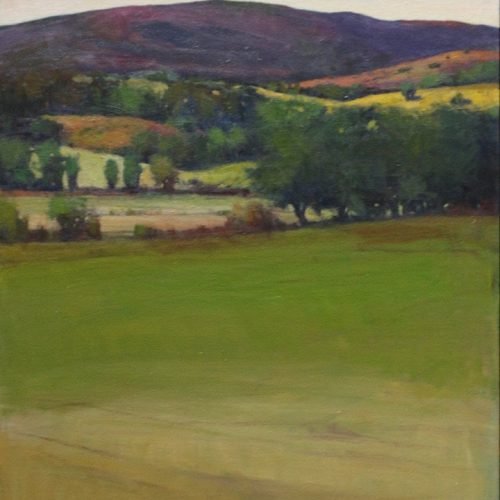 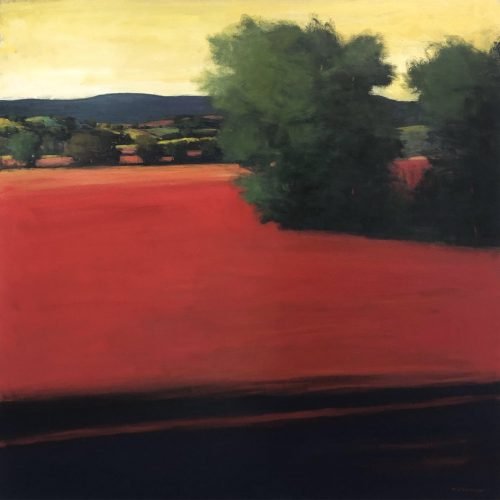 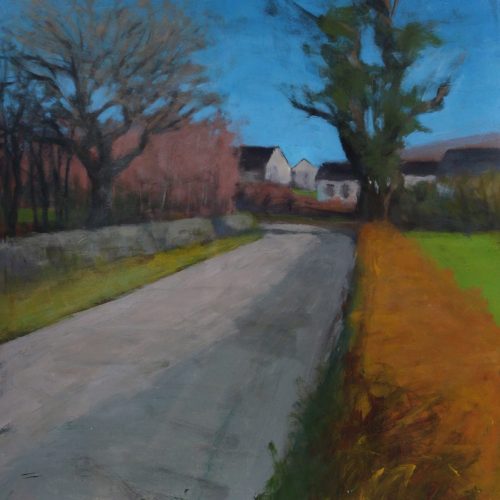 Road to the Village 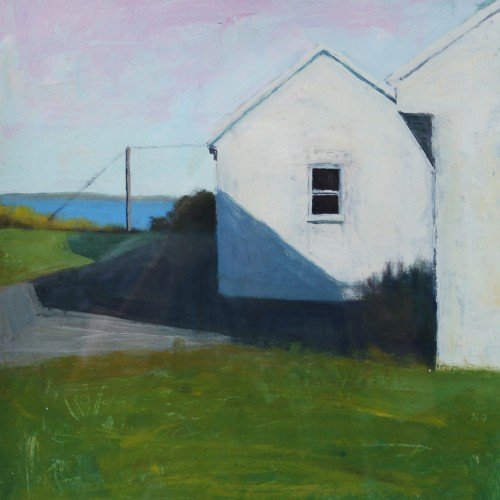 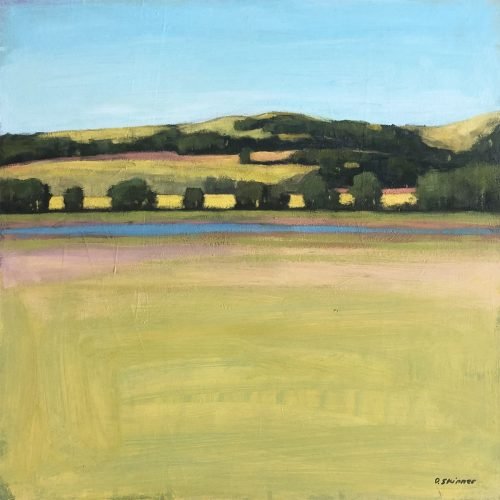 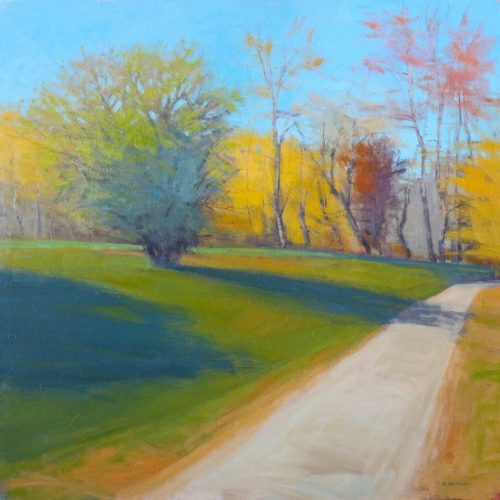 Tree by the Path (Fall Yellows) 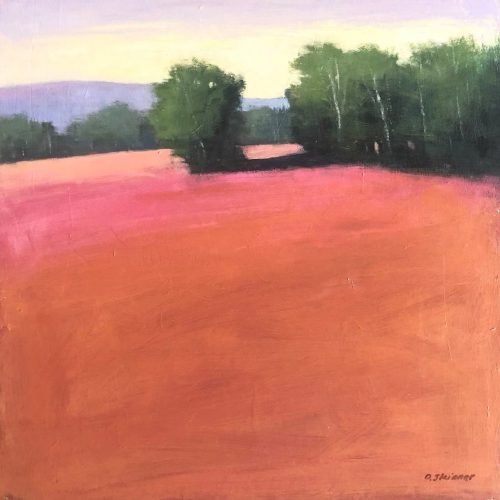 David Skinner’s work is distinctly focused on light – light he sees through trees, through long shadows, through a break in the clouds.  He showcases his affinity for the space and radiance of the landscape, and attends to his paintings with a loose yet representational manner.  Inspired by color filled paintings of the 20th century, David’s work is not overly detailed.  He prefers broad swaths of color and significant gesture in order to simplify the composition and capture the essence of a scene.  David boldly defines his personal style within the genre by pushing the boundaries of color and composition, drawing upon the integrated traditions of the Bay Area Figurative and Abstract Expressionist movement.

David currently resides in Asheville, North Carolina, and experiments with figurative and still life work in order to keep his creativity stimulated.  He received his Bachelor of Fine Art degree from the University of California Santa Barbara and is currently pursuing his Masters of Fine Art at Western Carolina University.  David has twice been awarded Best of Show in Painting at the La Jolla Festival of Art and received the William Dole Award for Excellence in Painting from the University of California Santa Barbara He was an Artist in Residence at Burren College of Art in Ballyvaghan, Ireland and was featured in both solo and group shows during his residency.  David has exhibited his work across the country, including in New York, California and the southeast.